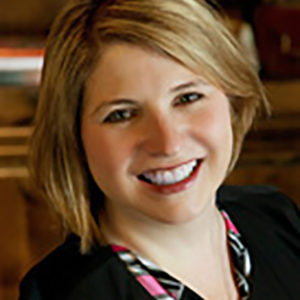 Dr. Schmidt is a native Texan raised as a fifth generation resident of Katy, Texas. She completed her undergraduate degree at Trinity University in San Antonio, Texas. She began practicing in west Houston and Katy, TX in 2000 after completing her medical degree from the University of Texas Houston Medical Branch where she also completed her residency in Obstetrics and Gynecology.

Her focus in medicine is general obstetrics and gynecology with a special interest in gynecologic surgeries such as Laparoscopy, Hysteroscopy and da Vinci® Robotic surgery. Dr. Schmidt enjoys spending time getting to know her patients and forming long lasting patient-physician relationships. 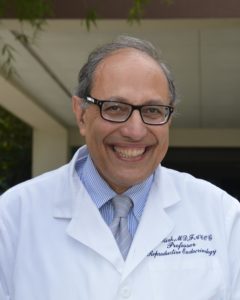 Botros Rizk is Medical Director, Elite IVF in Houston and Odessa Texas and former Professor and Head of Reproductive Endocrinology and Infertility and Medical and Scientific Director of USA In vitro fertilization and assisted reproduction at the University of South Alabama for 25 years from 1993 to 2019. Dr Rizk currently leads Elite IVF , Houston , Texas a premier assisted reproductive technology center in Texas.

Dr. Rizk is the President of the Middle East fertility Society. He currently serves as distinguished Adjunct Professor of Obstetrics and Gynecology in Cairo University , Egypt and served as Distinguished adjunct Professor of Reproductive medicine at King Abdulaziz University, Jeddah, Kingdom of Saudi Arabia. Dr. Rizk is distinguished Adjunct Scientific Director of IVF Michigan Rochester Hills. Dr Rizk is the scientific and Lab Director of Odessa Fertility Lab and Columbus Center for Reproductive Endocrinology and Infertility. Mentored by Nobel Laureate Professor Robert Edwards, recipient of the Nobel prize in Medicine for achieving the first successful In Vitro fertilization in the world, Dr.Rizk started his career in Reproductive Medicine in London and Cambridge in the era of the legends where most of the current scientific developments and medical protocols where invented. He joined the prestigious University of Cambridge for three years from 1990 to 1993 as Clinical Lecturer and Senior Registrar. Dr. Rizk is board certified by the American Board of Obstetrics and Gynecology and the Royal College of Physicians and Surgeons of Canada and the Royal College of Obstetricians and Gynaecologist in England, as well as, the American Board of Bioanalysts in Embryology and Andrology.

Dr. Rizk’s clinical and research interests have focused on ovarian stimulation including the development of the long agonist protocol which became the standard for two decades of IVF. He is internationally considered a leading authority on ovarian hyperstimulation syndrome and made original contributions to the pathophysiology and prevention of the syndrome. Dr. Rizk authored a book solely dedicated to ovarian hyperstimulation syndrome that is considered the standard reference for OHSS. Dr. Rizk is an authority on endometriosis; its novel medical management and robotic surgery. Dr Rizk is the principal investigator for tens of clinical trials for the FDA over the last three decades. Professor Rizk edited and authored twenty eight medical textbooks and more than four hundred manuscripts embracing different aspects of infertility and assisted reproduction, as well as, ultrasonography and robotic surgery. Dr. Rizk is one of the early members of European Society for Human Reproduction and a founding member of Middle East Fertility Society. He chaired for several years many ASRM postgraduate courses teaching ART, ovarian stimulation, and ultrasonograhy.